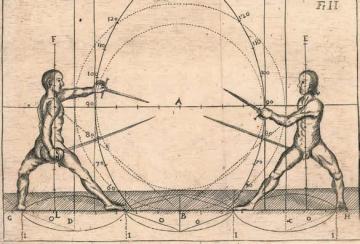 I’m off to Swordfish today. I’m quite nervous. There are 8 of us from School of the Sword going. Three of us have won medals this year in international tournaments, including me. In theory we should place well in the different disciplines we’re representing. However, this is the largest competition in the world (it’s not officially the world championships but it’s regarded almost as such). It’s also only my 3rd competition ever. Despite feeling like I’m nearly at my best, I’m also certain that my competition craft simply isn’t at the same level as my technical skill.

Having said that, flying into Gothenburg will be awesome and there will be lots of people I know there from around the world all looking to perform well and teach each other new things. I’m particularly looking forward to some single dagger seminars.

In the run up to the event probably the single most important thing I’ve taken away from my training was something that Caroline Stewart and Phil Marshall said on diet, nutrition and making sure that we’re all functioning with as much energy as we’ll take into the first fight by the last fight. To that end I’m resolving to take proper bottles so I can have enough liquid as well as buying some sweets for popping between fights. I guess I’ve known it’s important but it was only when someone else laid it out starkly that I realised I could see my own standard dropping as the number of fights built up and this could be traced directly back to a lack of liquid and energy. I’m going old fashioned with peanut M&Ms for quick and slow release energy, I’m not quite sure I’m star trek enough for energy gels.

But hey, I’m going to try and stab other people with swords while they try to stab me in return. I’m going to have to submit to the vagaries of judging – where even the best judges are only human and the worst…still only human. I’m going to be tentatively letting my competitive side out while trying not to allow myself to get too hyped so that when I inevitably don’t conquer the universe on my first attempt I can live with myself. The journey to this point has been quite an eye opener for me – and I’m someone who thinks they’ve got a good view of what they’re like and how I’m motivated. To discover, at the age of 40, that I’m good at a sport, good enough to win medals at an elite standard, is a shock I’m still not quite over. It’s propelled me to exercise more, to keep practising, to be more disciplined and to worry about the collection of small injuries I’ve collected over the year. At the same time I find the focus I need to fight well, to pick myself up after losing a fight or even just a point, is one I’ve realised can be translated straight across to the rest of my life. I’ve said to myself ‘get up and start again, that’s how you fight successfully’ more than once about work, writing and life in general.

At the same time, such focus is exhausting and can’t be kept up for extended periods, it’s simply too intense and anti-social. By this time next week I’ll be taking, what I consider to be, a well earned rest. For now, en garde you curs, cos if you look at me like that I’ll cut ya.

HEMA, rapier and dagger, school of the sword, Sweden, Swordfish

One thought on “Swordfish Prep”