My first novel has scurried into the light (the official launch is in a couple of days when the paperback can by bought but the ebook’s already available and selling beyond my wildest dreams – in other words it’s selling!)

The question for me now as an author is twofold. Firstly, is what I’ve written of any interest to people and if it might be how do I find them.

I’m pretty sure I should have thought about this earlier – but then I have always written stories that I was interested in. So now I think to myself ‘I wonder how I let people know I’ve written something that they might like’.

Partly it’s about getting reviews (or so I’m told) and partly I hope it’s that people like it. The big question is how to find those people who’ve never heard of you. I’ll let you know how I get on!

Delays and getting it right

The paperback of my book’s been delayed as the publisher wrestles with Amazon’s listing requirements and something funny where when they uploaded the file the formatting went mad.

This is disappointing but a useful lesson – I think.

I reckon I’ve learnt that after a few years waiting to get something out, well I don’t mind a few more days.

I reckon that as tempting as it was this morning to say to them ‘just press the button, I can live with dodgy indenting,’ I’m glad that I didn’t. I’m also glad that they responded with, nah, it’s worth getting right even if it is very annoying.

I also reckon that it doesn’t hurt the book itself. I think it would hurt more if it went out with rubbish errors like lines that start three tabs in.

Despite it being quite frustrating that the launch itself has become a non-event on the day that I’d hoped for, I think it still works and I still have a (quiet) confidence that the story I’ve written makes its own case for its value.

The stress of getting stuff done

My book is out (nowish) but definitely tomorrow. It’s being published by Alternative-Realities.co.uk – which I’ve said about ten times. However, this post is really about the rush of what has to happen in the last few moments before someone puts your book out into the wild.

I’ve had to review the book about five times over the last three days – for cover, for the testimonial from Adrian Faulkner, for the dedication and to ensure that I’m happy with what’s going to be sold.

It’s a weird feeling because you read it with a suddenly paranoid eye and when something jumps out, you immediately worry that there are a hundred other issues that you’ve been too word blind up until that point to see. You’re filled with anxiety. Or at least, I have been.

Then you have friends who want to read it (which is amazing) but it simply fills you with the kind of dread that their faith is completely misplaced. I’ve been worrying that all I’m going to get over the next few months is a chorus of embarrassed “well I bought it but I’ve been terribly busy/frightened/hard working/milking and haven’t had time to read it” which I see as code for “I hated it from the first syllable.”

On top of that I asked if we could do some stuff on pricing – you know, allowing people who buy the paperback to have a free ebook too. Some of it was possible, some of it is impossible. The mechanics of why seem arbitrary and are, genuinely, beyond the control of the press.

Then there are people who you’ve got to tee up for reviews or interviews or even shout outs because they’re a)important, b) you know it has to be done or c) they’re just good people trying to do you a good turn.

The mechanics of it have been nerve-wracking for me – not because they’re difficult but because they mean I have to face the facts that this little baby of mine is about to enter the world and be judged, sorry, I mean enjoyed…

So I hope you enjoy it. If you don’t that’s ok too. Either way, I’ll be over there under the bed trying not to look but secretly refreshing the sales figures every three or four seconds. 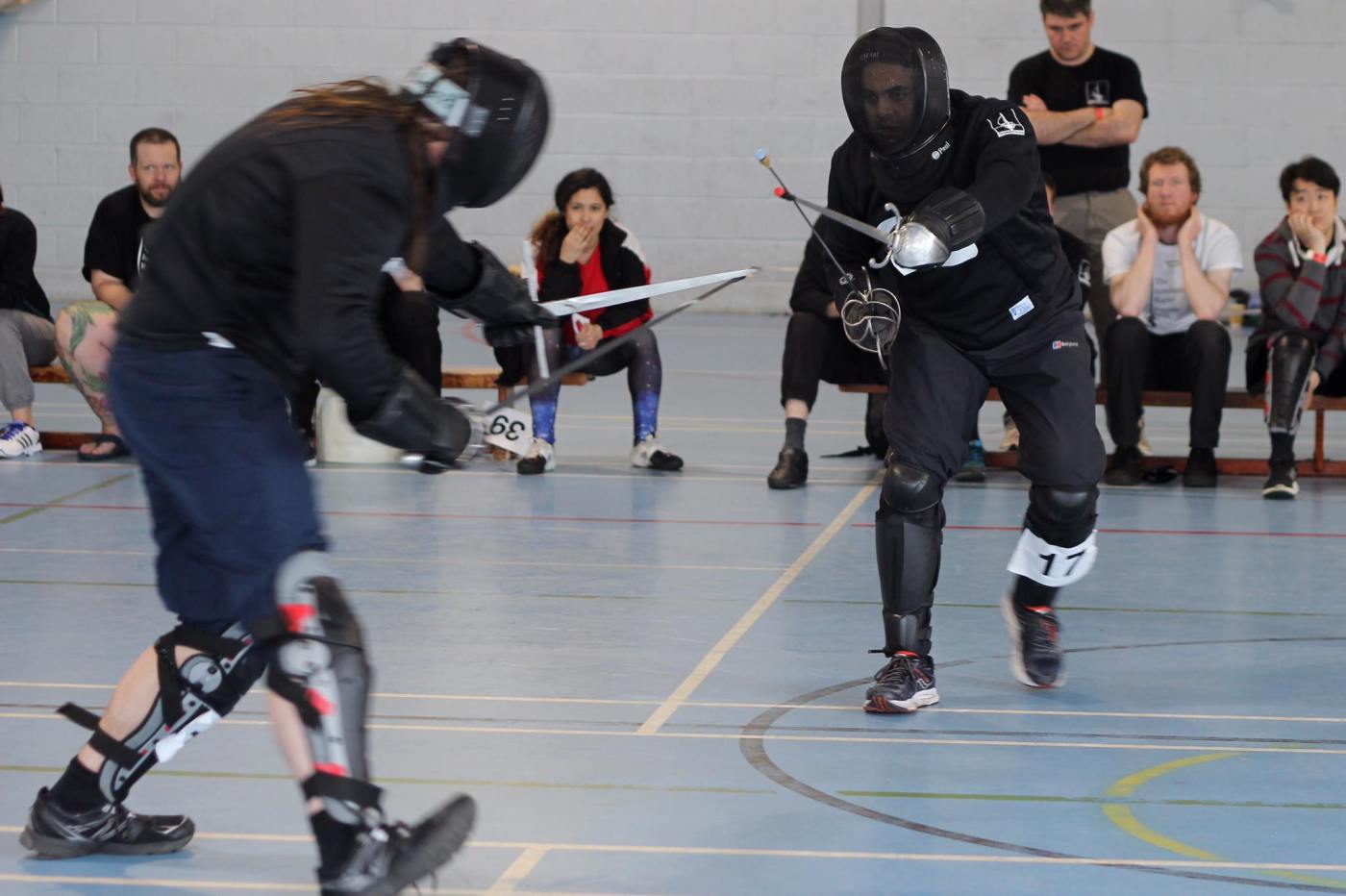 One of my big hobbies is HEMA, or Historical European Martial Arts. I focus on Italian styles of rapier, side sword and their companion weapons. I’ve also done a little bit of German and Dutch stuff too.

This weekend just gone I attended my first international tournament. My first tournament full stop. After a few years of training I stood up and decided it was time to compete. There were instructors and attendees from the Netherlands, Ireland, the UK, Germany, Italy, Greece, Norway,  France and Canada. As well as Russians, Aussies and more who now call the UK their home (at least for the time being!).

On a whim, and partly because of my friend Adrian Faulkner’s urging, I signed up for the rapier and dagger competition. And I won the silver medal. Which was amazing, not because I did well but because, frankly, I haven’t been that hyped up on adrenaline for a long time. So much so that it was burning in my chest and I had narrowed vision.

The stress of big deals at work can leave me feeling like that but the release is always much less satisfying – I hardly ever (read never) get to stab someone in the face and have people applaud me for it!

Yet this post is about more than simply fighting other people, or me popping my tournament cherry. It’s about honour. Almost every single person I fought over the weekend (and I fought at least thirty five times) stood up when they were hit  – regardless of whether judges had seen it.

The example that typifies the type of person at the event is from the semi-finals when I fought another member of my school – Josh Davis. He is new to the sport but makes up for that with being a quick study, being young and coming to each fight with a desire to see what he can do.

The exchange was the first to three clean hits and I was 2:1 up. I stabbed Josh good and proper to the shoulder but the judges couldn’t quite see what had happened. Josh, knowing he’d lose the chance to progress to the finals if they scored against him, stood up and said: he hit me fair and square. That, for me, is sportsmanship, honour and about a dozen other characteristics I admire in the people I train with.

The other example is the person I fought in the final who beat me to win the gold, George. After the fight he made sure to find me and hand me a patch from his own school in Greece to say I’d always be welcome. Both events left me touched and humbled, that people who could have behaved differently without anyone judging them harshly were so giving and considerate – in an atmosphere of deliberate aggression and competition.

It may feel a little bit like a naive faery tale and in some ways it kind of is. Yet these are grown men and women competing for medals at an international standard and still they find that the idea of treating others as their peers was the most important characteristic they could adhere to.

It was a good weekend.

As a sign off, I’d like to direct you to this article that appeared in the Indy newspaper today and written by my friend Kate Townshend:

Some days it all happens at once 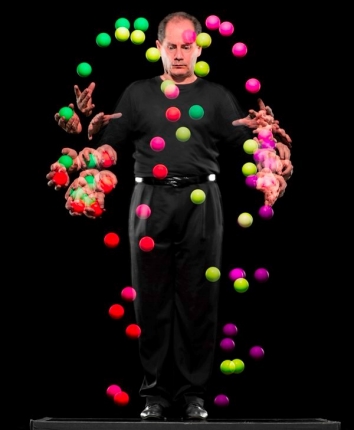 The last couple of days have been super busy. And I’m not talking about the day job.

We’ve seen a ton of submissions for our open windows on the Summer’s End and Broken Bones & Ten Dollar Bills anthologies. The newsletter has brought us someone wanting to pitch for the next anthology!

I’ve also finished editing my sequel to A Family War, worked more with Lawrence Mann on the cover, worked with the editor on the first book around layout and have begun talking to people about reviews and my own role in the dreaded marketing.

Then Age of Ascent picked up again – I’ve spent this evening on catching up with the game team there and working out component lists, reviewing a new story for them and working on building out the finer details of the world. Things like scarcity, building ships, cooperation among players and other background tasks.

Did I say I was busy?? Nah, just enjoying myself.

Here we go – cover designs and the process of creation

Lawrence Mann is doing the cover to my first novel.

He recently did a live session on it – which I thought I would share. You can find it here: Novel Cover Session

There are so many pieces of the process that are interesting to me. From just how quickly Lawrence was able to sketch up changes as we talked through what we were trying to achieve to how an initial draft represents what it’s going to become.

On the latter, when I first saw the draft I liked it but was unsure how to comment. I discovered that because I was completely ignorant of the design process I really had no benchmark for where in his journey Lawrence was in creating the cover. I also discovered that I didn’t have the tools I felt I needed to review his work and make sensible comments.

Fortunately Lawrence was a great help (obviously having held the hand of more than one clueless author before). He talked me through his own thinking, we added a few more pins to the pinterest board and generally figured out how the image would mature into the final cover.

One of the most important things I learned was that the draft was very different to the final product. That initial sketch which you can see in the youtube video isn’t simply an unfinished version of the final – it is a concept, a prediction. It is as different to the final image as you were from your four year old self. This was reassuring because I couldn’t initially see how it would get to what I had in my head.

With an hours discussion together with lots of off the cuff sketching I understood a lot more, both about how the final product would look but also about what I wanted. I think we came to a good end and the next step will be the image itself – about which I’m very excited.

I’m not quite starting out here – as you’ll see from the ‘about’ page, I’ve got a few stories under my belt and have come close a few others times as well.

But I’ve started a new venture with Matthew Sylvester over at Alternative Realities that is a new press whose idea is to do two things. The first is to publish some of our work that industry people keep saying they like but which we can’t quite find the right market for.

The second is to publish work by other people – in anthologies and then, at some point in novellas and novels too.

I’d like us to be prolific, but I’m going to settle for credible with high standards.